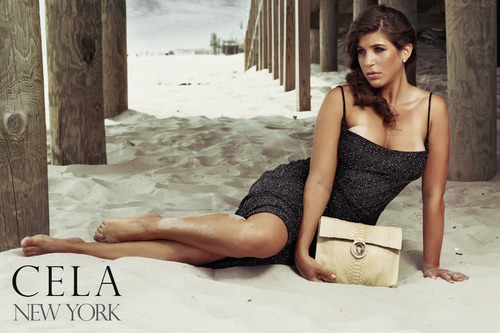 To many of you I am sure she is just as stunning to your eyes as she appears to me, but unlike many other beautiful women Rachel has this intangible yet palpable inner beauty that can only be told through the story of how we became friends and the amazing, dare I say, pioneering woman that she is today; and most importantly why I wanted to use her and her story as a message for my brand to women and men around the world.

Rachel and I met roughly four years ago working at a job that neither one of us ever considered as a career but shoot, bills have to be paid, so the independent women that we are (or were desperately trying to be) took this job as a means to an end. I first met Rachel a few days into working at this place and like most women, we tested the waters to see how exactly our dynamic as colleagues and possibly future friends would be.

On our regular Monday afternoon staff meeting which consisted of roughly 15 employees all sitting around in near silence because almost all of us were new hires, our new manger cracked a joke that 1: many of you may just not get or 2: will not find nearly as funny as we did which that common personality trait built one of the greatest friendships I will ever have as long as I live. So as we all sat in silence, our manager happen to make a quick remark because he was suffering from a sore throat and said “Oh my God, I sound like Bea Arthur”. Rachel, without caring who heard or saw started laughing so infectiously laughing so loudly while everyone else remained in “new surroundings” nervous silence that only two thoughts popped into my head: either this chick is bat shit crazy, or she is the greatest human being alive because I am the hugest Golden Girl fan on the planet (Shocker? No.). Thankfully, Rachel was the latter and from that evolved a friendship I even to this day have difficulty explaining to people.

Best way to describe it is that truly she is one of my soul mates. Not in a relationship manner, but truly someone who has from day one understood exactly who I am and accepted and loved me more for each mistake I make, every misstep I have, every fault I so poorly try to hide, every flaw; Rachel knows it all like no one else I’ve ever met. This has made our relationship as friends, confidants in the most literal of terms, advocates as well as support systems for each other the most invaluable gift I have ever been given. For that I will always be grateful to the universe for putting her in my life.

Rachel is an actress who has performed in theatre and films in NYC, as well as in London and Puerto Rico.  It was through her love of acting (and a need to pay the bills) she decided that while pursing her artistic career, she wanted to give back to society and teach the very thing that she was passionate about, acting. This decision lead her to earning a dual Master’s Degree fro NYU in Theatre and English Education, and Rachel now works as a teaching artist teaching both Drama and Zumba to underserved elementary, middle school, and high school students throughout NYC’s five boroughs.  In addition to establishing herself as an actress and continuing to reach out to NYC’s underprivileged youth, She has also written several plays exploring issues of social justice. Rachel is also a teacher in underprivileged schools systems throughout the Bronx and Brooklyn for a non profit organization; using her dual masters degree in Education and Theatre from New York University to develop and execute programs which keep children off the streets when school let’s out, along with giving them an artistic outlet (which every child needs but unfortunately is not afforded in many school systems) to express themselves in cathartic ways such as through theater or something as fun as Zumba. Rachel does it all. AND EVEN WITH ALL OF THAT, there are still facets of her character and life experience which will be revealed below.


Rachel had her first bout with the ovarian cancer just before her 25th birthday which was discovered as a result of her being accepted into NYU which afforded her much needed health insurance and during routine check up found out that she had a cyst the size of a grapefruit (12cm in diameter) on her right ovary. This discovery was miraculous, as she had been living with this undiagnosed for sometime due to a lack of health insurance. Because she was now under NYU health insurance, she had access to some of the best doctors, who were extremely diligent about curing her. They diagnosed her cyst as not a cyst, but a tumor with potential for malignancy. Sadly, this was not something that would go away on it’s own and had to be surgically removed. Just after her 25th birthday, only 2 months after her diagnosis, Rachel had to undergo a cesarian section to remove the large tumor, which left her couch-ridden for almost a month. Just a week after he surgery, and while in recovery, the pathology report came back that Rachel’s tumor was in fact cancerous and was stage 1. She was referred to an oncologist who took Rachel’s age and over all health into consideration and decided that they would not remove her ovary, but try to preserve as much normal tissue as possible, and her treatment for this cancer would be to monitor her.
The finding out of this tumor also was nothing short of miraculous because as soon as she gained health insurance through being a student through NYU, in her first appointment she found that she had the large tumor and by the luck of the universe she was able to have it removed and because it had not spread she continued on with her studies and life and regularly checked with her doctors to ensure she was still as of that point cancer free. No radiation, no nothing. A prayer answered.

In late October of last year I awoke from a nightmare which involved her cancer returning. Now believe me I know many of you are reading this, writing my experience off as perhaps a coincidence or whatever (YES WE ARE THAT CONNECTED THAT SHE ACTUALLY TAKES MY RANTS FROM DREAMS SERIOUSLY lol), but the next day I spoke with her and explained to her what I had dreamt so she moved up her appointment to do her check up.

Turned out something looked peculiar again and though over the next few months her doctors monitored it, in February of this year she returned to going under the knife again and although much smaller, once again her cyst/tumor was cancerous. All of it was removed and once again she has been given a clean bill of health; something I prayed and thanked the universe for because the thought of such a rarely amazing person like Rachel going through radiation treatment was just not something I was prepared to allow the universe to do to her…..

The final reason she’s an unbelievable human being, and as far as I am concerned one of the most inspirational, is that Rachel at the age of 28 now is a TWO TIME OVARIAN CANCER SURVIVOR. Rachel you are an unbelievable woman, my inspiration and muse and is one of the few people who pushes me to do better, live better, smile more and be grateful for everything. My conscious, my brain, my heart. I love you Rachel Nicole Brill.